Please scroll down to see some of the work I've done outside in stone.    I'm afraid some images are a bit grainy as they are pre-digital. 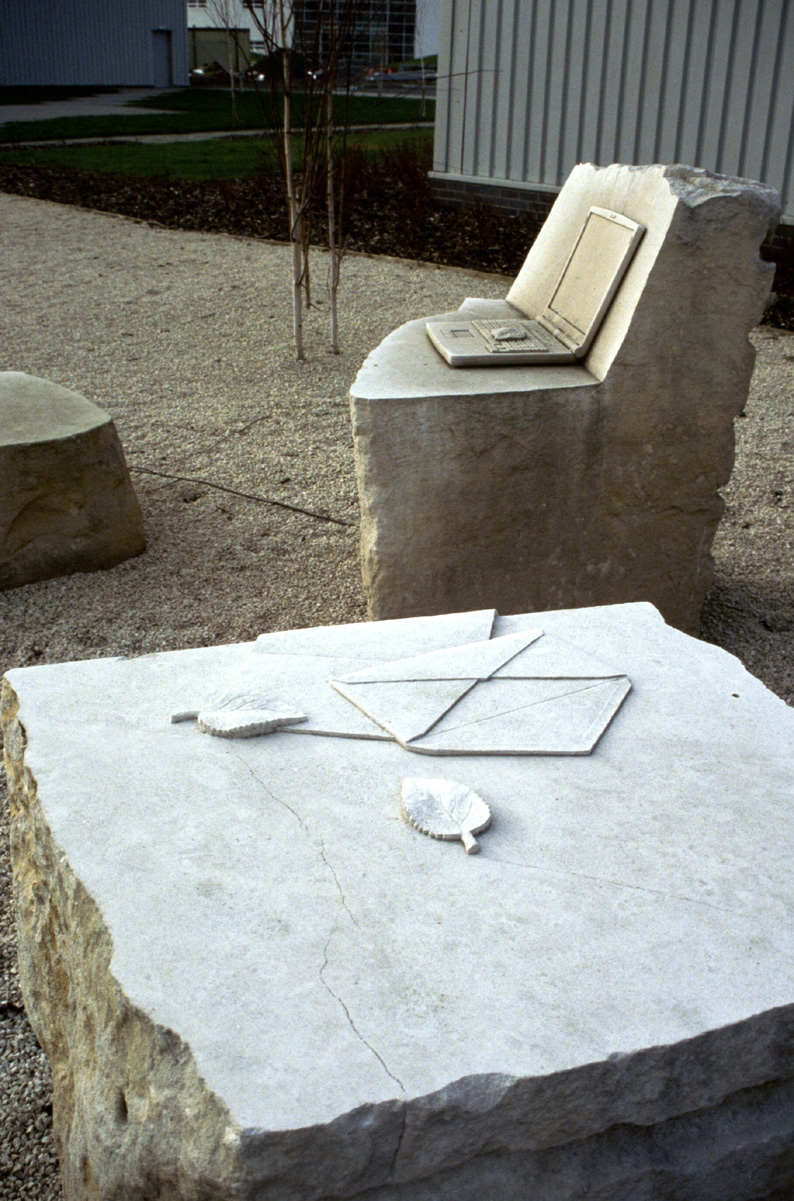 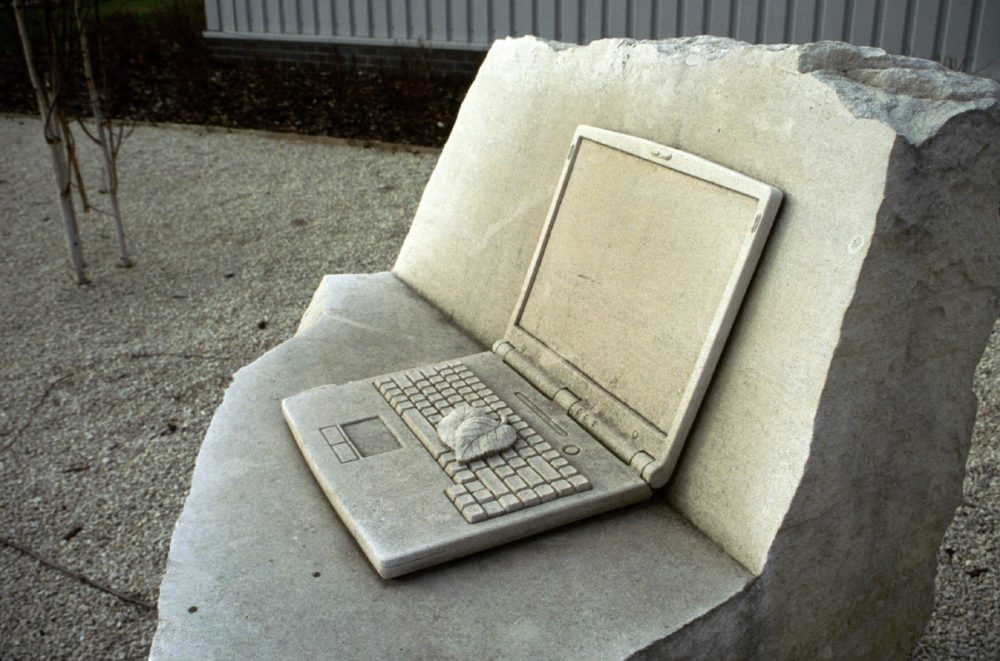 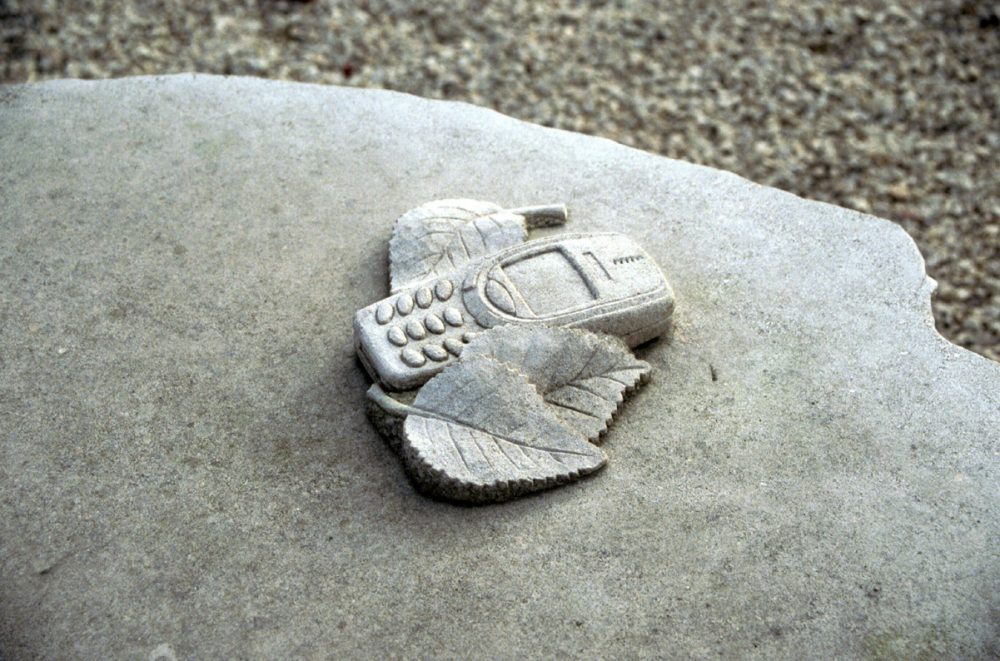 Informal seating for a courtyard in a business park in Newcastle. 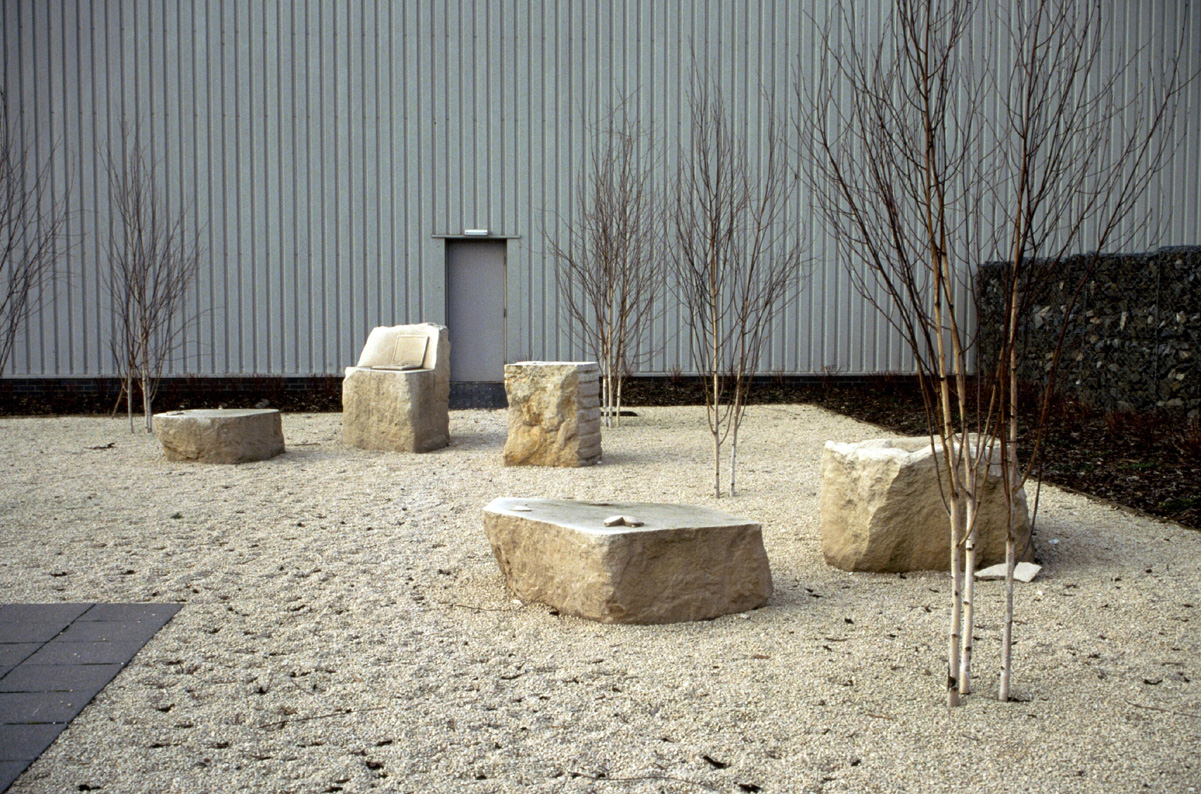 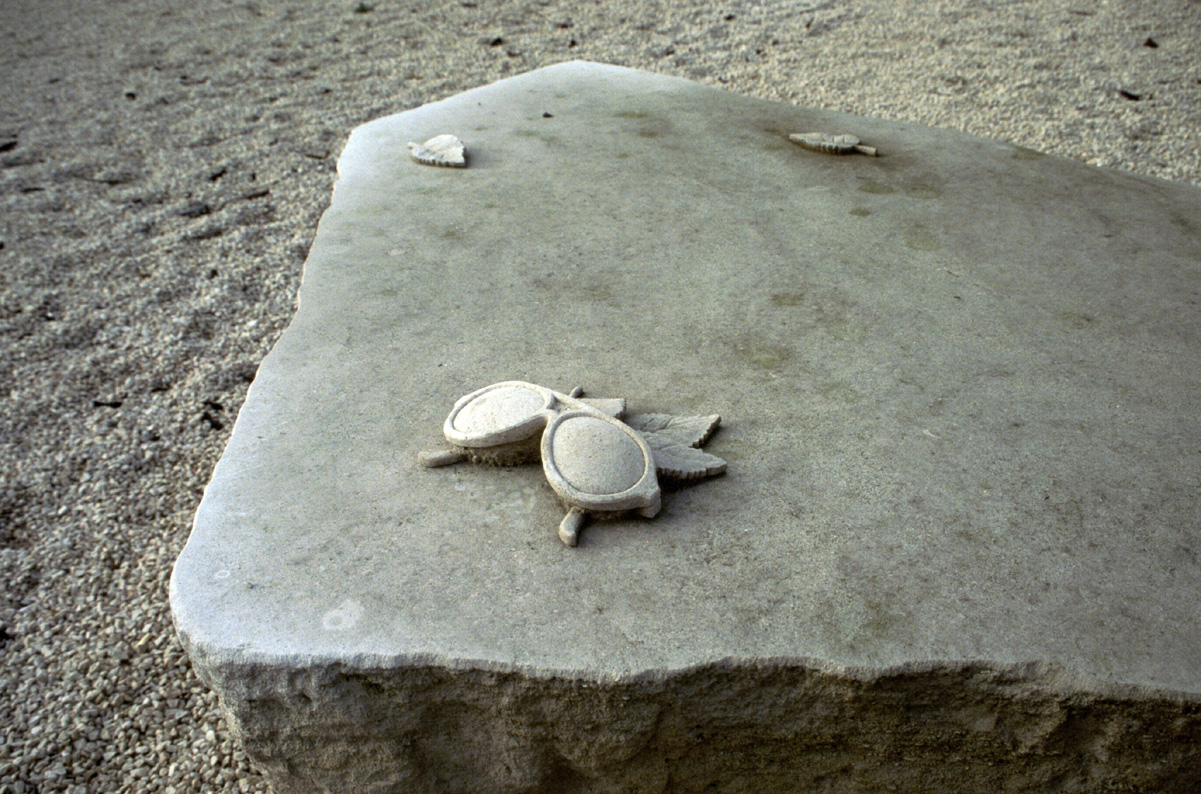 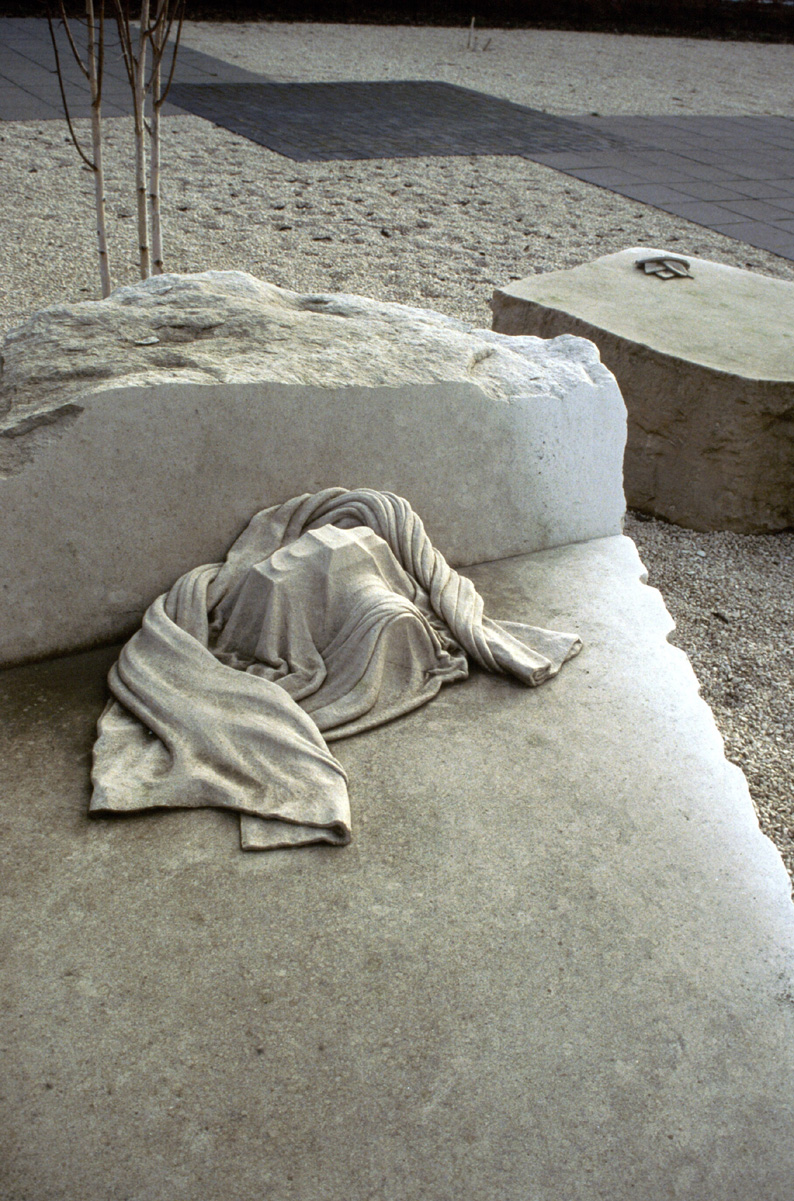 A mysterious, slightly larger than life- size, ruined house complete with stone furniture. Made from recycled stone on the banks of the Wear in Sunderland. A reference to the cyclic history of the site; once houses; then shipyards; now houses once more. 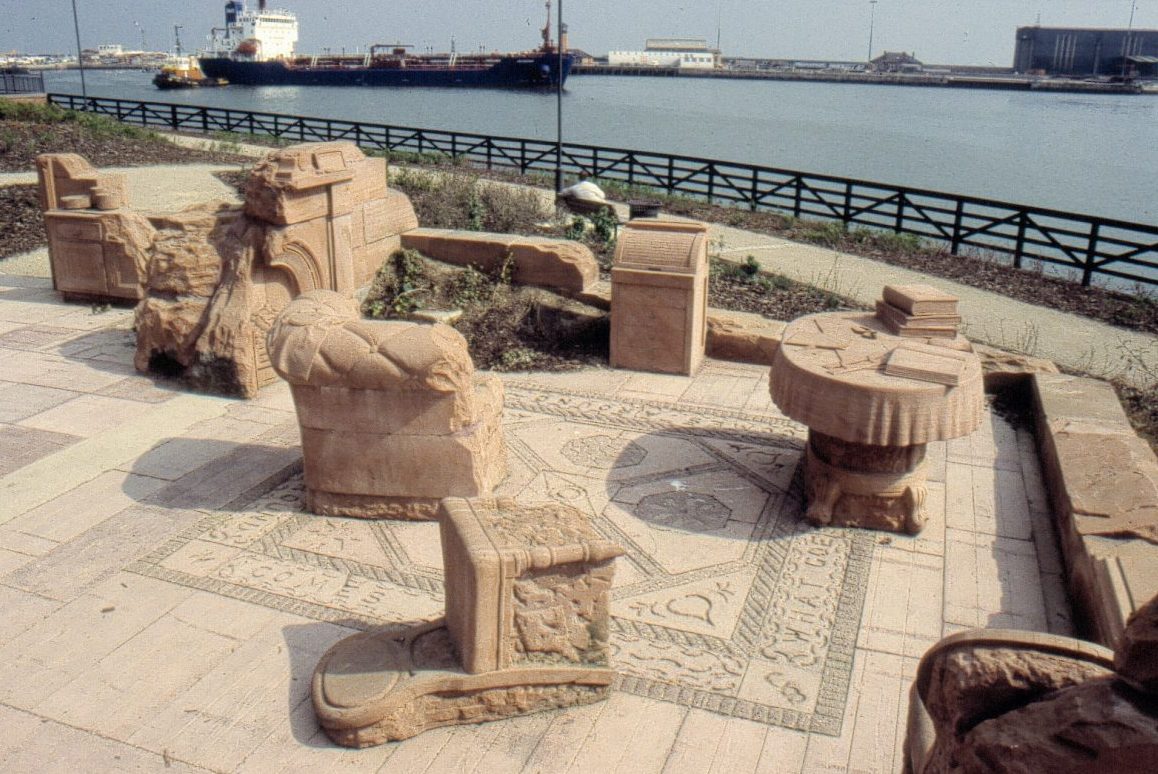 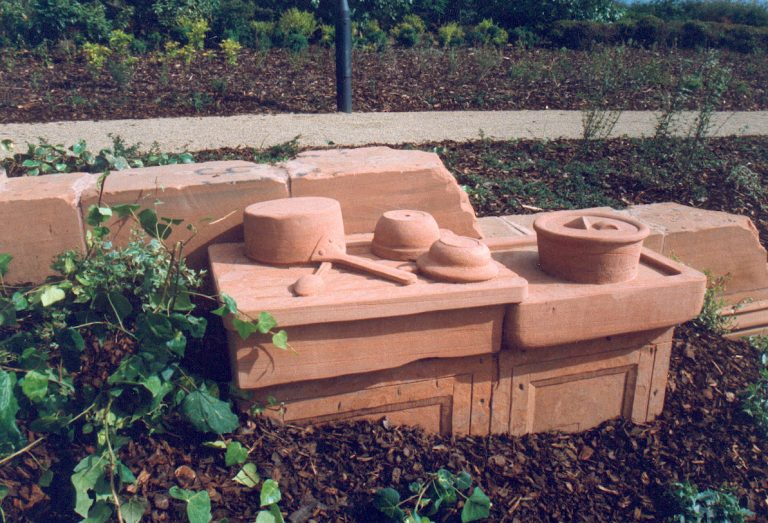 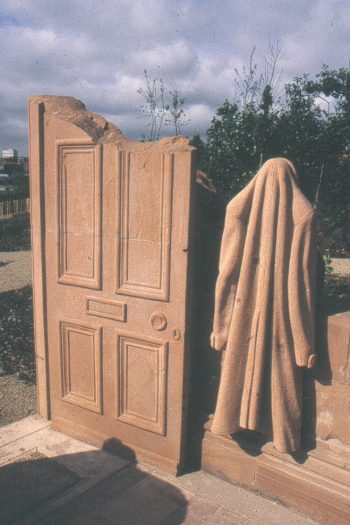 New steps at the old North Dock in Sunderland to replace the worn out originals. This had been a working harbour and these steps had been well used, but now the Dock is a Marina and  with housing instead of workshops. It has become domesticated, so it seems logical that the new steps reflect this. 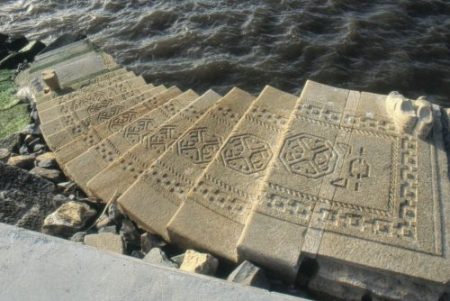 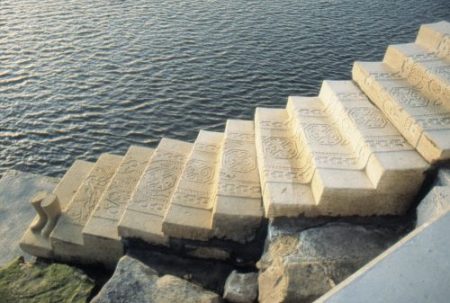 Based at the old North Dock in Sunderland, this sculpture depicts three doors and makes reference to the past, present and future uses of that dock. It also refers back to the glass making traditions of the area. 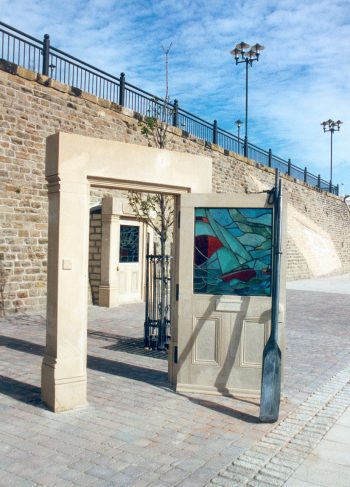 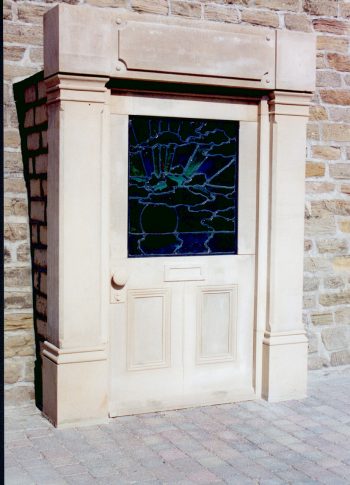 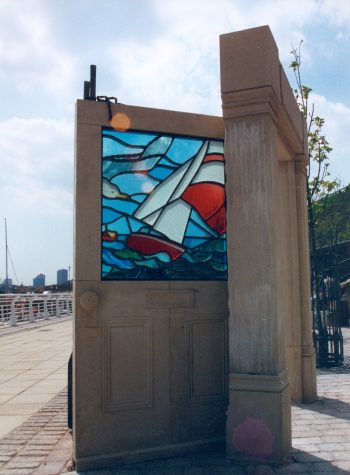 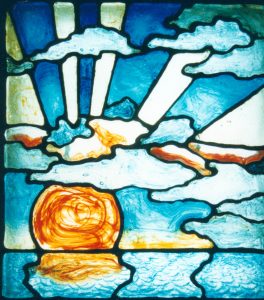 One door is closed and has a stained glass window depicting the rising sun, the next is open with a glass picture of a yacht in full sail and the final door appears as a strange trapezoid shape carved into the wall, but when viewed from one end….. 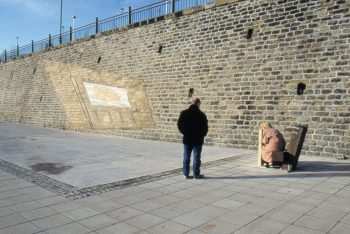 ……the final door is seen properly, with its picture of a galleon racing across the sea. 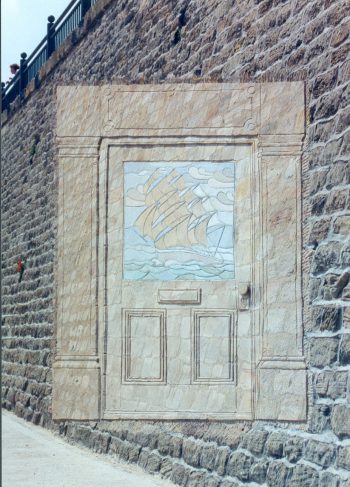 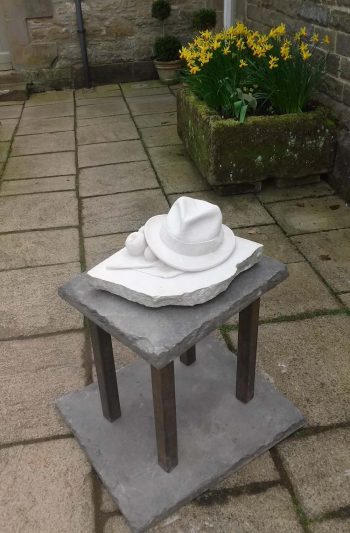 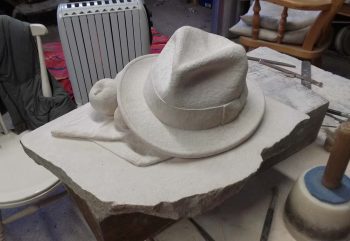 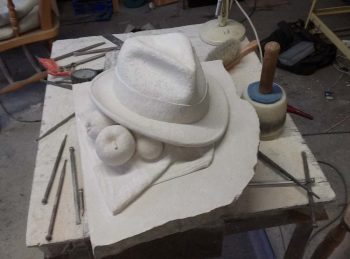 The old disused Lambton Cokeworks and colliery near Sunderland have been regenerated to create Elba Park and as part of that process I was asked to create a ‘miners memorial’ by the local community. 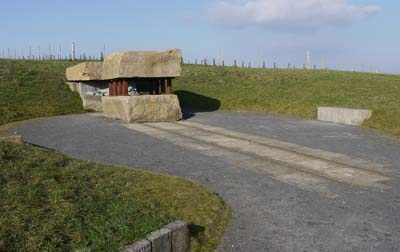 Many of the memorials I have seen depict the miner as an heroic figure.

I wanted to portray as best I could  something of what it must have been like to work underground hewing coal in a seam only just high enough to crawl through. I once visited a mine and was taken to just such a seam. In the dark and  near to panic I became aware I was not alone and a man, who was stripped to the waste, smiled, told me to keep calm and carry on crawling. He then turned away and proceeded to carry on hewing coal. The image stayed with me. 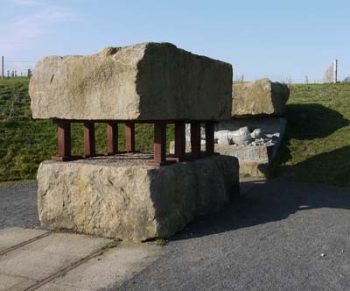 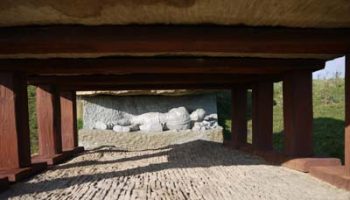 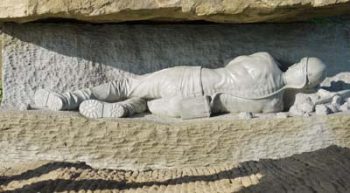 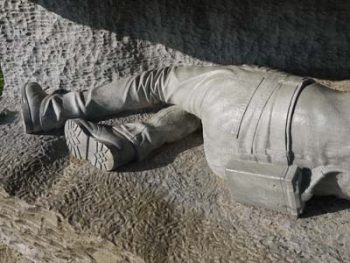 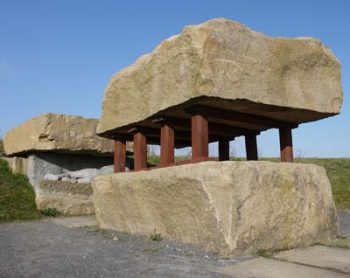 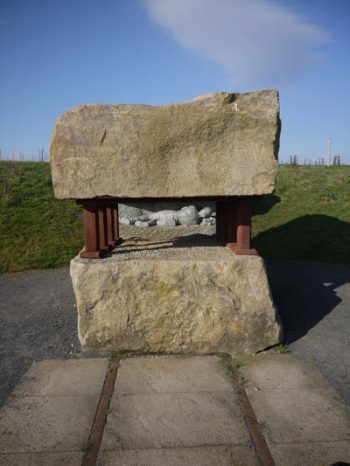 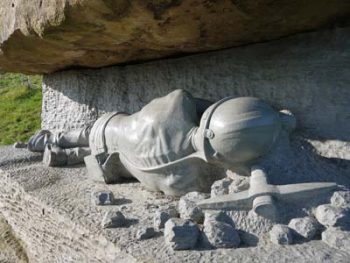 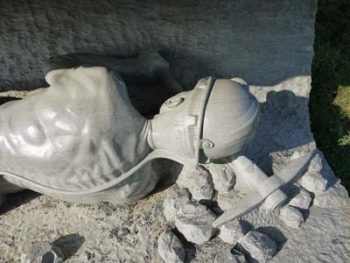 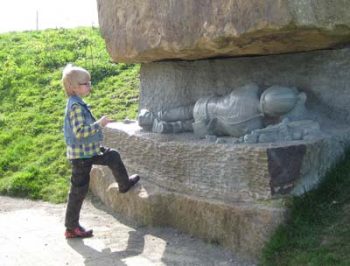